Hail and well met, good reader! April 23rd is upon us once again: Shakespeare Day!

Celebrated around the world as Shakespeare’s presumed birthday, April 23rd was also the day he died 52 years later. So it is this day each year that those with an affinity for the Bard celebrate in whatever way seems fitting to them, often by attending performances or watching film adaptations such a recorded BBC stage production of Hamlet or 10 Things I Hate About You, which is based on The Taming of the Shrew and was filmed locally around Seattle and at a Tacoma high school.

If that’s not you, don’t take your leave just yet! Even if you’re not quite an aficionado, find yourself bewildered by Elizabethan English, or simply prefer a different genre, setting, or vibe, there are plenty of great stories adapted from, based upon, or centered around the plays. To that end, we have selected some suggestions for your TBR, inspired by the works of William Shakespeare.

A star-crossed story about two warring sides in which two people find the capacity to love despite their families’ hate for the other. As one of the most well-known and well-loved of Shakespeare’s plays, countless authors have taken inspiration from Romeo and Juliet, and the two young lovers have come to be considered an iconic archetype.

A Midsummer Night’s Dream
An enchanting forest, an elopement, mischievous fairies, and… a comedic rehearsal of a tragic play? Four Athenian lovers run off into the forest for a night; a group of actors wander into the same forest to rehearse a play. The fairies are up to their tricks, as fairies often are. Love and confusion and hilarity ensue. 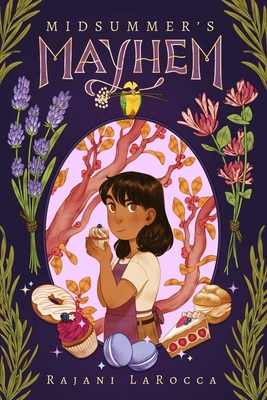 Much Ado About Nothing
This features not one but two prominent love stories, but the best part is the repartee between the more reluctant of the two couples. One romantically-inclined soldier, Claudio, finds himself in love with Hero, the host’s daughter, and his love is happily requited. However, Claudio’s friend Benedick and Hero’s cousin Beatrice are both sworn never to marry or fall in love. Their familiarity with, and scorn for, one another are the basis for some of the play’s funniest lines, as their friends and family set in motion a matchmaking scheme.

The Tempest
A stormy story featuring shipwreck, sorcery, revenge, and family. Background: Prospero is a powerful sorcerer. He and his daughter have been stranded on an island since his brother usurped his position as Duke of Milan. The play begins when a magical storm wrought by Prospero shipwrecks the very same Duke, the King of Naples, and other nobility who were once Prospero’s inner circle. Tragedy, comedy, and romance churn together in this play.

Twelfth Night
Another play, another shipwreck. This time, twins Violet and Sebastian are separated and neither knows the other’s fate. This is a comedy twisted with gender roles and love triangles (or quadrilaterals?).

Hamlet
The world of literature will never tire of themes of betrayal and family, will they? Happily for readers, because those are often some of the most poignant, most loved stories. The King of Denmark is dead, but his ghost appears to his son, Hamlet, insisting that he was murdered and usurped by his own brother and that Hamlet must get revenge. Exploring madness and grief, contemplating life and death, Hamlet is possibly the most influential of all Shakespeare’s works.

King Lear
A tragedy and dramatic tale of the politics within and around the royal family. The aging King Lear, drawn from a figure of British legend, declares that he will step down from the throne, demanding his three daughters profess how much they love him if they want their share of the kingdom.

Anthologies and more
While there are many and varied retellings above for you to reacquaint yourself with Shakespeare while also enjoying wholly original stories, once you add in short stories and novels centered around Shakespeare performances, the list is quite exhaustive. So I’ve limited this portion to one more title per audience age. You might use this to dip your toe in as you decide where to begin or to wrap things up neatly if you’ve added everything here to your TBR.