The Ethan I Was Before (Paperback) 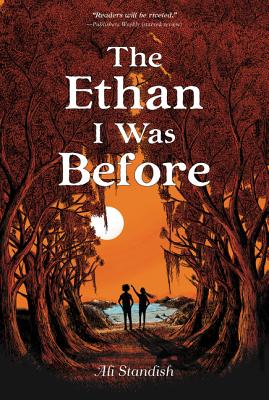 “Readers will be riveted.” —Publishers Weekly (starred review) This middle grade novel is an excellent choice for tween readers in grades 7 to 8, especially during homeschooling. It’s a fun way to keep your child entertained and engaged while not in the classroom.

Now in paperback, The Ethan I Was Before is an award-winning story of love and loss, wonder and adventure, and ultimately of hope.

Lost in the Sun meets The Thing About Jellyfish in Ali Standish’s breathtaking debut. A poignant middle grade novel of friendship and forgiveness, this is a classic in the making.

Palm Knot may be tiny, but it’s the home of possibility and second chances. It’s also home to Coralee, a girl with a big personality and even bigger stories. Coralee may be just the friend Ethan needs, except Ethan isn’t the only one with secrets. Coralee’s are catching up with her, and what she’s hiding might be putting both their lives at risk.

Ali Standish, author of the critically acclaimed The Ethan I Was Before, August Isle, and Bad Bella, grew up in North Carolina and spent several years as an educator in the Washington, DC, public school system. She has an MFA in children’s writing from Hollins University and an MPhil in children’s literature from the University of Cambridge. She lives in Raleigh with her husband, Aki, and their two rescue dogs, Bella and Keeper. You can visit her online at www.alistandish.com.

★ “Debut author Standish boldly tackles themes of death, guilt, and forgiveness in this tender coming-of-age story. Readers will be riveted as Ethan, his family, and other well-developed characters face the somber realities of life head on.”
— Publishers Weekly (starred review)

“A moving debut. An uplifting book that explores the way grief evolves through the power of remembrance.”
— ALA Booklist

“Standish skillfully weaves the events and characters into the fabric of a story that is emotionally charged. A great addition to middle grade collections.”
— School Library Journal

“A deft balance between storytelling and accessible reflection for the middle-school reader.”
— Bulletin of the Center for Children’s Books