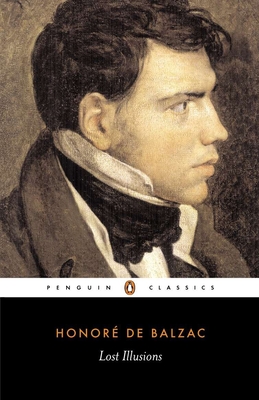 This is book number 251 in the The Human Comedy series.

Handsome would-be poet Lucien Chardon is poor and naïve, but highly ambitious. Failing to make his name in his dull provincial hometown, he is taken up by a patroness, the captivating married woman Madame de Bargeton, and prepares to forge his way in the glamorous beau monde of Paris. But Lucien has entered a world far more dangerous than he realized, as Madame de Bargeton's reputation becomes compromised and the fickle, venomous denizens of the courts and salons conspire to keep him out of their ranks. Lucien eventually learns that, wherever he goes, talent counts for nothing in comparison to money, intrigue and unscrupulousness. Lost Illusions is one of the greatest novels in the rich procession of the Comédie humaine, Balzac's panoramic social and moral history of his times.

The son of a civil servant, Honoré de Balzac was born in 1799 in Tours, France. After attending boarding school in Vendôme, he gravitated to Paris where he worked as a legal clerk and a hack writer, using various pseudonyms, often in collaboration with other writers. Balzac turned exclusively to fiction at the age of thirty and went on to write a large number of novels and short stories set amid turbulent nineteenth-century France. He entitled his collective works The Human Comedy. Along with Victor Hugo and Dumas père and fils, Balzac was one of the pillars of French romantic literature. He died in 1850, shortly after his marriage to the Polish countess Evelina Hanska, his lover of eighteen years.