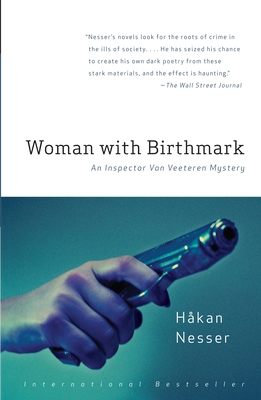 By Hakan Nesser
$16.00
Unavailable at this time.

This is book number 4 in the Inspector Van Veeteren Series series.

Chief Inspector Van Veeteren is on the case once more in this breathless thriller of deception, blackmail, and cold murder.

Van Veeteren and his associates are left bewildered by the curious murder of a man shot twice in the heart and twice below the belt. An utterly dull man, the only suspicious activity his surviving wife can report is a series of peculiar phone calls. Repeatedly the telephone would ring, offering no answer but an obscure pop song from the 1960s. This siren song would be linked to an identical murder, but the true connection remains unknown. With a cool, critical eye, Van Veeteren pursues his subject across the country, wading through outrageous leads and fruitless tips in this chilling mystery from master crime novelist Håkan Nesser.

Håkan Nesser was born in 1950 in Sweden. In 1993 he was awarded the Swedish Crime Writers’ Academy Prize for new authors for his novel Mind’s Eye, and is the only author to have won the Academy’s best novel award three times: in 1994 for Borkmann’s Point; in 1996 for Woman with Birthmark; and in 2007 for A Rather Different Story. In 1999 he was awarded the Scandinavian Crime Society’s Glass Key Award for the best crime novel of the year for Carambole. His novels have been published to wide acclaim in nearly thirty countries.

“Nesser’s novels look for the roots of crime in the ills of society.... He has seized his chance to create his own dark poetry from these stark materials, and the effect is haunting.” —The Wall Street Journal

“Pulling readers’ loyalties in different directions.... Woman with Birthmark leaves no doubt that Nesser is a master of suspense.” —The Sunday Times (London)

“Taut, fast-paced, and enthralling.... Devotees of Jo Nesbo and Henning Mankell will agree that Nesser belongs in that select circle of A-list Scandinavian crime novelists.” —Booklist

“Nesser has written a fascinating study in the psychology of personal suffering.... Another admirably drawn thriller.” —The Washington Times