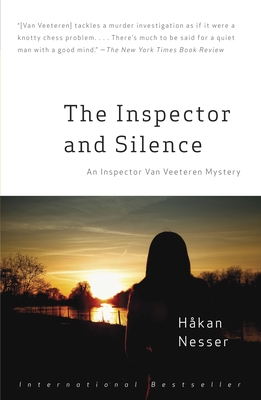 By Hakan Nesser
$16.00
Unavailable at this time.

This is book number 5 in the Inspector Van Veeteren Series series.

In this enthralling new addition to Hakan Nesser’s acclaimed Inspector Van Veeteren series, the Swedish detective must crack a secretive and uncooperative religious sect in order to solve a string of brutal murders.

When one of the Pure Life’s members is found raped and strangled in the forest near the group’s camp, the Chief Inspector is called to investigate. The Pure Life has chosen to remain silent about the incident rather than defend itself, so Van Veeteren’s only lead is the anonymous caller who reported the body. As the unidentified woman continues to assist the authorities, her knowledge suggests she’s more than just a passing Good Samaritan, but her tips become doubly perplexing as a new string of increasingly horrifying crimes defy everything Van Veeteren and his team thought they knew about the case.

Hakan Nesser was awarded the 1993 Swedish Crime Writers’ Academy Prize for new authors for Mind’s Eye, and he received the best novel award in 1994 for Borkmann’s Point and in 1996 for Woman with Birthmark. In 1999 he was awarded the Crime Writers of Scandinavia’s Glass Key Award for the best crime novel of the year for Carambole. And in 2010, he was the second recipient of the European Crime Fiction Star Award (the Ripper Award); the first recipient was Henning Mankell. Nesser lives in Sweden and London.

“[Van Veeteren] tackles a murder investigation as if it were a knotty chess problem. . . . There’s much to be said for a quiet man with a good mind.”
—The New York Times Book Review

“Elegantly penned. . . . Thoroughly enjoyable. . . . [A] twisty layered tale that should keep even seasoned mystery fans guessing. . . . Just as Van Veeteren is no typical fictional detective, Nesser is no typical mystery writer. And The Inspector and Silence is no typical summer read: a Swedish vacation tale that visits the darkness with appropriate gravity but doesn’t wallow in it—all the while managing to entertain.”
—Cleveland Plain Dealer

“What’s surprisingly refreshing about Nesser’s writing, given the subject matter, is the wry humor and sarcasm of his characters, that and a storyline that will keep you riveted till the final page. . . . Where Jo Nesbø’s approach is more physical, visceral, Nesser’s Chief Inspector Van Veeteren is much more cerebral. A chess player and lover of classical music and art films, Van Veeteren is nevertheless a bit of a curmudgeon, world-weary and nearing retirement, not unlike Henning Mankell’s Kurt Wallander.”
—San Antonio Express-News

“Evocatively drawn. . . . A work of great moral complexity. . . . The clarity of Nesser’s vision, the inner problems of good and evil with which Van Veeteren struggles, recall the films of Bergman.”
—The Independent (London)

“[A] riveting tale. . . . [Van Veeteren] is the perfect detective for the job—ploddingly thorough and cerebral, with keen intuition about the darker reaches of the human character.”
—Minneapolis Star Tribune

“This is stylish, atmospheric crime fiction with a strong moral core from an award-winning author; essential for readers of the genre.”
—Library Journal

“Nesser concentrates on character and relationships in his novels. . . . His latest moves along leisurely, giving readers the opportunity to savor the style of his hero without worries of international conspiracies lurking in the Swedish forests.”
—Pittsburgh Post-Gazette

“A taut and compelling mystery in a consistently outstanding series.”
—Booklist

“Satisfying. . . . Van Veeteren, disengaged, thinking of retirement and wonderfully enigmatic, makes an enjoyable change from all those fictional policemen who persist in taking their work home with disastrous consequences.”
—The Guardian (London)