The Law of the Unforeseen (Paperback) 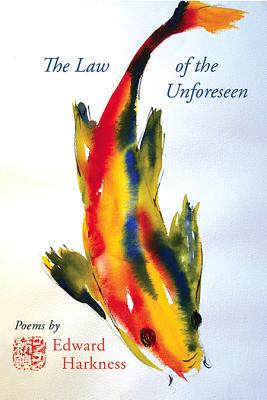 By Edward Harkness
$16.95
On our shelves now at one or more of our stores

Poetry. Edward Harkness writes about family, history, family history, the natural world--its beauty, its degradation--the strange miracle of consciousness. Nothing is off the table. In fact, everything is on the table, including the kitchen sink. They move from the personal to the universal, to the quickened heart of shared emotion. In THE LAW OF THE UNFORESEEN, the law Harkness speaks of requires us to know now and then. We walk under 'the trees of unremembrance, ' so that we may know who we are, how we got here, and who we came from. And we arrive in this lovely and threatened paradise called Earth, right now. The 'endless replication of clam shells, ants, / hyacinths in spring'?--it's true, we will lose those things, individually, but these poems savor such stuff, and in that savoring they give us hope for the future.--Robert Wrigley Ed Harkness's great gift is for the lyric telling of 'the heart's winding chronicle.' Permeated with the keenly felt ache of life, 'the world breaking your heart and, somehow, mending it, ' these poems celebrate the sensuous beauty of 'this gold world' in deep music line by line. Harkness's poems are a necessary sustenance for our present perilous moment.--Alicia Hokanson In the poems of THE LAW OF THE UNFORESEEN, Ed is still showing that enthusiasm for entering whole heartedly into whatever life he finds around him... It could be small things: the three Italian prunes that rolled off his desk, 'bruised and bleeding now, '... What Harkness does is make those small things matter. And the bigger ones. The woman of the poet's imagination whose thrift store spoon 'contains all the sadness of her left hand'....Maybe what strikes me most about this collection is not only its ability to enter so empathetically into both the joys and the sorrows...but to insist on the power of just keeping on keeping on in the face of despair about the current condition of our war-ridden, climate-threatened, frustrating world. When I mentioned this to Ed, he pointed out how poets believe so strongly in the power of words to save us. That belief crops up often in these poems.--Sibyl James Throughout THE LAW OF THE UNFORESEEN there's a] constant attention to sound and design, line and stanza pattern.... For all the grace and accessibility and humor (he can be savagely funny), Harkness also possesses a vein of rock-hard moral outrage....Finally, THE LAW OF THE UNFORESEEN is a collection to celebrate, a book with range and heart, the product of intense curiosity and love of craft. If Richard] Hugo were still around he'd still be gushing.--David Long.