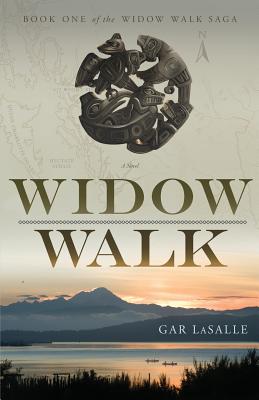 In the early days of the American Pacific Northwest, small settlements dot the wilds of streams and dense woods. Isaac Evers, a community leader and former militiaman, has established a small colony on Whidbey Island. Though the area appears calmer than in the past, the northern indigenous clans still threaten the livelihood of Isaac's growing family. While Isaac is away on expeditions, his wife Emmy tends to the many duties required of a property owner on Whidbey Island. Bold and assertive, Emmy has little time for the restraint of social mores. But as times on the island become more turbulent, her constitution and conviction are tested. Elsewhere, Haida native Anah-nawitka feels the rush of his first kill and the satisfying vengeance cast from his hand to the head of the invading white colonists. Basking in the praise from his tribemates, Anah starts down a violent path that will alter a great many lives. Meanwhile, the British and the U.S. Army are quietly grinding against each other following a boundary dispute, leaving men like Captain George Edward Pickett in a tight situation. In charge of the nearby Union fort, Pickett does his best to maintain his authority while he struggles with tragic events in his past. Weaving these story threads together into a powerful whole, Gerard LaSalle tells the story of an unforgettable American adventure.

Gar LaSalle is an award-winning author and filmmaker, a physician, a sculptor, and a creator who has been honored widely in the fine arts and medical communities for his leadership and creativity. The Widow Walk Saga novels reflect his love of history and the Pacific Northwest and have been widely recognized. Widow Walk, Book I of the saga, was recently optioned for the screen by Seattle's Heyou Media. Widow Walk also garnered the Eric Hoffer Award for Literature, the eLit Silver Medal, the IndieReaders Award for Best Novel, and Isthmus become a finalist for the PNWWA Nancy Pearl award for literature. Gar is co-founder of TeamHealth, the nation's largest physician staffing company. He also teaches the business of medicine to physicians and faculty at the University of Washington and as an adjunct clinical assistant professor at the Cornell - New York Hospital / Columbia - New York Presbyterian emergency medicine post-graduate program. He works out of his Pacific Northwest writing studio in Seattle, Washington.