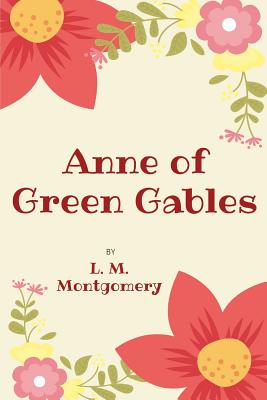 With this Mrs. Rachel stepped out of the lane into the backyard of Green Gables. Very green and neat and precise was that yard, set about on one side with great patriarchal willows and the other with prim Lombardies. Not a stray stick nor stone was to be seen, for Mrs. Rachel would have seen it if there had been. Privately she was of the opinion that Marilla Cuthbert swept that yard over as often as she swept her house. One could have eaten a meal off the ground without over-brimming the proverbial peck of dirt. Mrs. Rachel rapped smartly at the kitchen door and stepped in when bidden to do so. The kitchen at Green Gables was a cheerful apartment-or would have been cheerful if it had not been so painfully clean as to give it something of the appearance of an unused parlor. Its windows looked east and west; through the west one, looking out on the back yard, came a flood of mellow June sunlight; but the east one, whence you got a glimpse of the bloom white cherry-trees in the left orchard and nodding, slender birches down in the hollow by the brook, was greened over by a tangle of vines. Here sat Marilla Cuthbert, when she sat at all, always slightly distrustful of sunshine, which seemed to her too dancing and irresponsible a thing for a world which was meant to be taken seriously; and here she sat now, knitting, and the table behind her was laid for supper. - Taken from "Anne Of Green Gables" by Lucy Maud Montgomery.