The Secrets of Winterhouse (CD-Audio) 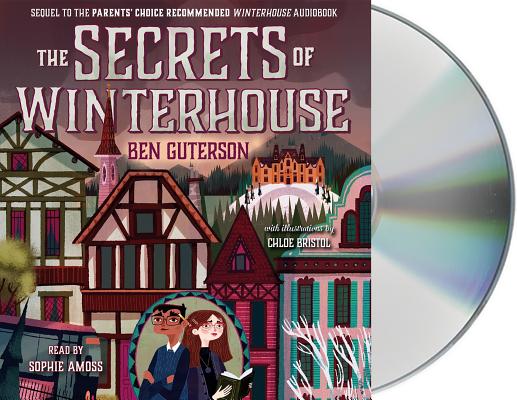 This is book number 2 in the Winterhouse series.

*Sequel to Winterhouse, an audiobook recommended by Parents' Choice*

Bookish puzzles, phantom mysteries, and evil curses await as Elizabeth returns to Winterhouse in the second audiobook in this magical series.

Back at the Winterhouse hotel for another holiday season, Elizabeth and Freddy dig deeper into the mystery surrounding Riley S. Granger, a hotel guest who left behind odd artifacts—one being a magical book that the evil Gracella Winters once attempted to use to gain destructive power over the entire Falls lineage. The two friends follow a trail of clues, inadvertently attracting the attention of a suspicious new hotel guest: Elana Vesper. The clock is ticking as Elizabeth and Freddy struggle to figure out whether Elana is merely a pawn or a player in the plot to revive the spirit of Gracella. If that wasn’t enough, Elizabeth suspects she is coming into her own special powers—and she’s fearful it might lead her right into Gracella’s vicious web. Mystery, adventure, and a winning friendship combine in this much anticipated sequel.

Ben Guterson was born and raised in Seattle. Before working at Microsoft as a Program Manager, Ben spent a decade teaching public school on the Navajo Reservation in New Mexico and in rural Colorado. He has written features and book reviews for newspapers, magazines, and websites, as well as a nature-travel guide to the Southwest. Ben and his family live in the foothills of the Cascades east of Seattle. Winterhouse is his first book.

Chloe Bristol is an animation artist whose work has been featured on Disney Junior and Cartoon Network, among others. She is also the illustrator of the popular Winterhouse series by Ben Guterson. She lives in Southern California.