Son of a Midnight Land: A Memoir in Stories (Hardcover) 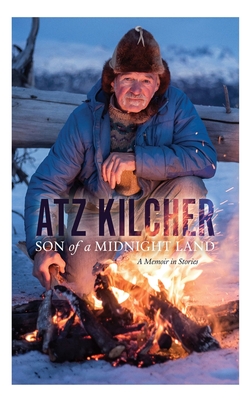 Atz Kilcher learned many vital skills while helping his parents carve a homestead out of the Alaskan wilderness: how to work hard, think on his feet, make do, invent, and use what was on hand to accomplish whatever task was in front of him. He also learned how to lie in order to please his often volatile father and put himself in harm's way to protect his mother and younger, weaker members of the family.

Much later in life, as Atz began to reflect on his upbringing, seek to understand his father, and heal his emotional scars, he discovered that the work of pioneering the frontier of the soul is an infinitely more difficult task than any of the back-breaking chores he performed on his family's homestead. Learning to use new tools--honesty, vulnerability, forgiveness, acceptance--and building upon the good helped him heal and learn to embrace the value of resilience. This revised perspective has enabled him to tell an enhanced and more positive version of the legacy his father created and has him doing the most rewarding work of his life: mapping his own inner wilderness while drawing closer to his adult children, the next stewards of the land he helped his father carve out of the Alaskan frontier.