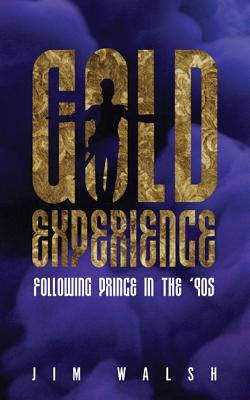 This book certainly demystifies Prince, especially during a period of his artistry in which he went against the conventional grain an artist of his stature would take. From changing his name to an unpronounceable symbol, claiming rights to all of his past music from Warner Bros., his love-turned-hate relationship with the internet and music streaming companies, to becoming a born-again Christian -- this book succeeds in presenting Prince during the 90's (or "The Artist") as a creator who simply wanted to do just that, without the burden(s) that ultimately come with any fame. Peace and be Wild!

Throughout the 1990s, Prince feuded with his record label, Warner Bros., over his rights as an independent recording artist—and made some of the most brilliant music of his career. During that time, Jim Walsh covered Prince for the St. Paul Pioneer Press and wrote about him passionately, thoughtfully, exhaustively. Here, in real time, is that coverage: a clip-by-clip look back at Prince in the ‘90s. Walsh’s newly unearthed interviews, essays, columns, and reviews make Gold Experience an essential slice of history for fans, scholars, and latecomers to the Minneapolis-born musical genius Prince Rogers Nelson (June 7, 1958–April 21, 2016).

Join Walsh at the 1994 NBA All-Star game after party and release bash for the single “The Most Beautiful Girl in the World.” Accompany him to the after-hours clubs Erotic City, Glam Slam, and, of course, Paisley Park. Meet Prince’s wife and bandmate Mayte (and while you’re at it, take in the wedding and reception). Enjoy a two-hour sit-down interview with Prince. Explore Prince’s veganism, talk to fans in line for a Target Center show, preview the “Jam of the Year” concert and check in at the after party. The passions and influences, from Mozart to funk godfather Larry Graham; the gigs and the Paisley Park garage sale; Walsh’s open letter to the artist and his reflections on religion and spirituality. This is Prince as few have seen him, reported as only Jim Walsh can: a portrait of the artist from a dizzying array of angles, captured in living color for all time.

Jim Walsh is a Minneapolis-based writer, journalist, columnist, and songwriter and the author of The Replacements: All Over but the Shouting: An Oral History and, with Dennis Pernu, The Replacements: Waxed-Up Hair and Painted Shoes: The Photographic History. His recent book Bar Yarns and Manic-Depressive Mixtapes: Jim Walsh on Music from Minneapolis to the Outer Limits is published by Minnesota. The former music editor at City Pages and pop music columnist at the St. Paul Pioneer Press, he has published in Rolling Stone, SPIN, Village Voice, LA Weekly, Melody Maker, Billboard, Utne Reader, and has been a recipient of the John S. Knight Journalism Fellowship at Stanford University.

"Jim Walsh was front and center for one of the most prolific and controversial eras in Prince’s career, and Gold Experience offers an intimate, real-time account of this critical chapter in the evolution of a generation's greatest musician."—Alan Light, music journalist and author of Let’s Go Crazy: Prince and the Making of Purple Rain

"A revealing look at Prince and his relentless quest for self-realization and truth during his most fascinating and misunderstood era."—Kevin Cole, Chief Content Officer, Host of the Afternoon Show KEXP

"During a controversial era of Prince’s career that left most in the industry cynically scratching their heads and rolling their eyes, Jim Walsh kept a steady hand and a wide-open heart, covering the purple beat with passion, curiosity, and something sorely lacking in most newspaper reports: love. Walsh’s words don’t just sing and dance, they do the splits. It’s easy to envision Prince himself cracking a smile and leaping up to sing along."—Andrea Swensson, host at 89.3 The Current and author of Got to Be Something Here: The Origins of Minneapolis Sound

"There was a time when Prince asked Jim, ‘Why are you my only friend in the media?’ You can feel his answer in this collection: Here is the most important artist in Minnesota's history, regularly playing in the middle of the night for 300 people or less, and here's the only reporter open hearted enough—everybody else was referring to TAFKAP as ‘Symbolina’ or worse—to serve as the Boswell of Paisley Park."—Steve Marsh, senior writer, Mpls.St.Paul Magazine

"[Gold Experience] is wonderful reading for Prince fans and for those who like solid non-fiction writing and who appreciate the music scene."—Looking for a Good Book

"Walsh showcases Prince as a complex musician and individual. As with Prince’s music, this title commands multiple readings and analysis."—Library Journal

"Vividly capturing the hope and heartbreak of this waning musical epoch, Walsh’s Gold Experience paints a poignant portrait of the artist formerly known as Prince."—Star Tribune

"Gold Experience is full of fascinating details about life with Prince (or, rather, the Artist Then-Formerly Known as Prince) in the '90s."—The Current

"Walsh covers the Artist (sometimes known only as a symbol) with a music critic’s expertise and a fan’s unbridled enthusiasm."—Crave Online

"Gold Experience is presented in a real-time fashion, bringing the reader back to the ‘90s."—Minnesota Spokesman-Recorder