The House of Government: A Saga of the Russian Revolution (MP3 CD) 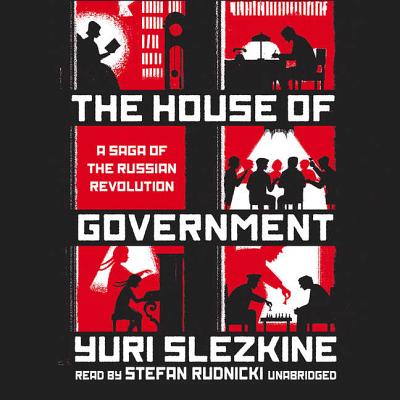 On the 100th anniversary of the Russian Revolution, the epic story of an enormous apartment building where Communist true believers lived before their destructionThe House of Government is unlike any other book about the Russian Revolution and the Soviet experiment. Written in the tradition of Tolstoy's War and Peace, Grossman's Life and Fate, and Solzhenitsyn's The Gulag Archipelago, Yuri Slezkine's gripping narrative tells the true story of the residents of an enormous Moscow apartment building where top Communist officials and their families lived before they were destroyed in Stalin's purges. A vivid account of the personal and public lives of Bolshevik true believers, the book begins with their conversion to Communism and ends with their children's loss of faith and the fall of the Soviet Union.Completed in 1931, the House of Government, later known as the House on the Embankment, was located across the Moscow River from the Kremlin. The largest residential building in Europe, it combined 505 furnished apartments with public spaces that included everything from a movie theater and a library to a tennis court and a shooting range. Slezkine tells the chilling story of how the building's residents lived in their apartments and ruled the Soviet state until some eight hundred of them were evicted from the House and led, one by one, to prison or their deaths.Drawing on letters, diaries, and interviews, The House of Government weaves together biography, literary criticism, architectural history, and fascinating new theories of revolutions, millennial prophecies, and reigns of terror. The result is an unforgettable human saga of a building that, like the Soviet Union itself, became a haunted house, forever disturbed by the ghosts of the disappeared.