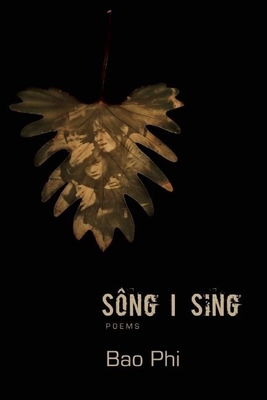 Dynamic and eye-opening, this debut by a National Poetry Slam finalist critiques an America sleepwalking through its days and explores the contradictions of race and class in America.

Bao Phi has been a National Poetry Slam finalist and appeared on HBO's Def Poetry. His poems and essays are widely published in numerous publications including 2006 Best American Poetry. Phi lives in Minneapolis, Minnesota, and works at the Loft Literary Center.

In this strong and angry work of what he calls refugeography, Bao Phi, who has been a performance poet since 1991, wrestles with immigration, class and race in America at sidewalk level. To hip-hop beats and the squeal and shriek of souped-up Celicas stalking the city streets, [Phi] rants and scowls at a culture in which Asians are invisible, but also scolds his peers Bleached by color-blind lies/Buying DKNY and Calvin Klein/So our own bodies are gentrified.’. . . In this song of his very American self, every poem Mr. Phi writes rhymes with the truth.”The New York Times

Sông I Sing is [Phi’s] first published book of poems. It was worth the wait. Even without his voice, his words are loud in all the right moments, and quiet when they need to be. . . . With struggle comes violence, and his chronicling of it is plentifulfrom wars fought abroad to police shootings at home. But he can turn brutality into beautiful narrative on a dime. . . . And whether they are written in a book or spoken onstage, once you hear them they will stay locked in your head, always dancing.”Minneapolis Star Tribune

Sông I Sing is an honest and raw dialogue about race against an urban backdrop. His poems pulsate off the page with solid rhythm and his passionate, activist voice.”City Pages

Bao Phi’s long-awaited debut collection Sông I Sing brings poetry back to the people like nothing else I’ve seen in Vietnamese American culture. . . . Phi is wry and witty observer of the registers and markers of inclusion and exclusion, with a deep affection for those who are often violently and mercilessly excluded.”Julie Thi Underhill, diaCRITICS

If you see Bao Phi coming, you better do a gut check, and set your motherboard to receive. Anyone who has been lucky enough to experience his work knows he means to re-adjust our minds, unseat our comfortable assumptions, and teach our hearts to weep and sing. He is our grief-stricken brother howling, moaning, and wailing in remembrance of those who suffer because of inadequate representation. He is our ecstatic shaman, manifesting through his work the oldest sources of passion, imagination, and cosmic joy. Sông I Sing is a gift. Thank you, Bao Phi.” Li-Young Lee

In Sông I Sing, Bao Phi has something to say about being Asian American and an Asian American poet, and he says it in one astonishing poem after another. . . . . Sông I Sing also rings with poems of love and unforgotten friendship, tributes to otherwise invisible immigrant parents, humanizing portraits of those who have lost or are losing but nonetheless growing up wiser in the face of existential despair. Phi gives voice to those who live beneath the radar of the American creed, but who have internalized that creed as much as the quotidian racism they endure.”
Greg Choy, Lantern Review

Bao Phi and Ed Bok Lee . . . comprise a local vanguard of Asian American literature, as poetic in their demolishing of stereotypes as they are determined.”Minnesota Monthly

Sông I Sing will cleanse and free your mind; it is an American original. Phi’s voice is singularly strong, rhythmic and rooted in the particularities of the Vietnamese American experience, in the urgencies of hip-hop and the cold raw edge of the poet’s urban Midwestern roots where being a colored boy’ makes finding the rainbow almost impossible. The engine is anger and clarity; the miracle the hope of witness and the power of poetry.” David Mura

Phi knows tenderness. Isn’t bruised flesh tender? He knows love, too-it is like a brick through glass: / first a riot / then fire / then nothing.’ This explosive collection mourns their proximity to hate and insists we all do better, including Phi, himself. That’s the jagged song he sings til his throat goes raw.”Douglas Kearney

Jagged yet tender, Bao Phi’s poetry mixes rough-edged critiques of racism and imperialism with resolute optimism in the power of love and community. Deeply grounded in Asian American Studies, it eloquently calls for the forging of new ties and lives out of the ruins of America’s war zones'both here in urban America and in Southeast Asia.” Yen Le Espiritu

Bao Phi is a careful observer and a sweeping documentarist, the bard of Vietnamese America. In Sông I Sing he paints vivid portraits of the pride, pain, and perseverance of a people. A remarkable debut from a sure and important voice.” Jeff Chang

"Every once in a long while, even a poetry-dullard like me has a poetic WOW!-moment. . . . Phi's work is racial, historical, political, sociological . . . most of all, even when he's subdued and thoughtful, Phi is angrypowerfully, elegantly, justifiably angry."BookDragon: Smithsonian Asian Pacific American Program