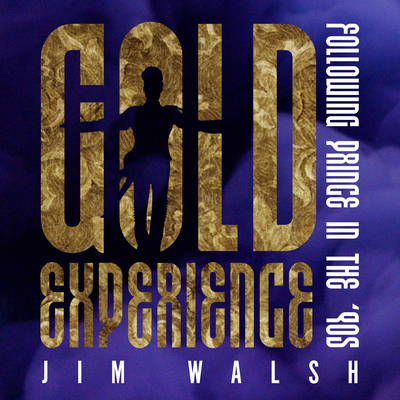 Throughout the 1990s, Prince feuded with his record label, Warner Bros., over his rights as an independent recording artist-and made some of the most brilliant music of his career. During that time, Jim Walsh covered Prince for the St. Paul Pioneer Press and wrote about him passionately, thoughtfully, exhaustively. Here, in real-time, is that coverage: a look back at Prince in the '90s. Walsh's newly unearthed interviews, essays, columns, and reviews make Gold Experience an essential slice of history for fans, scholars, and latecomers to the Minneapolis-born musical genius Prince Rogers Nelson. Join Walsh at the 1994 NBA All-Star game after party and release bash for the single "The Most Beautiful Girl in the World." Accompany him to the after-hours clubs Erotic City, Glam Slam, and, of course, Paisley Park. Meet Prince's wife and bandmate Mayte (and while you're at it, take in the wedding and reception and enjoy a two-hour sit-down interview with Prince). This is Prince as few have seen him, reported as only Jim Wash can: a portrait of the artist from a dizzying array of angles, captured in living color for all time.