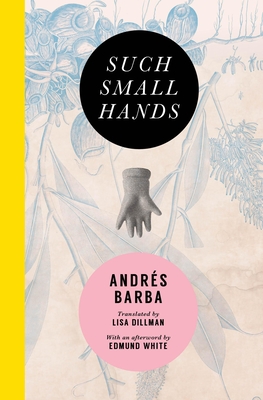 It's Annie meets Lord of the Flies in this haunting story of a young orphan girl who becomes alienated from the other girls in her foster home. While it is a quick read, it is terrifyingly memorable and beautifully translated, and every sentence is truly worth the price.

A dreamlike exploration of abuse that reads like a fairy tale and feels like a vintage European horror film. Difficult to read in places, but there's some great material here about the struggle to verbalize trauma, and the process via which failure to do so can lead to acts of violence.

One of the Guardian Best Books of 2017

"Every once in a while a novel does not record reality but creates a whole new reality, one that casts a light on our darkest feelings. Kafka did that. Bruno Schulz did that. Now the Spanish writer Andr's Barba has done it with the terrifying Such Small Hands."--Edmund White

Life changes at the orphanage the day seven-year-old Marina shows up. She is different from the other girls: at once an outcast and object of fascination. As Marina struggles to find her place, she invents a game whose rules are dictated by a haunting violence. Written in hypnotic, lyrical prose, alternating between Marina's perspective and the choral we of the other girls, Such Small Hands evokes the pain of loss and the hunger for acceptance.