I Who Have Never Known Men (Paperback) 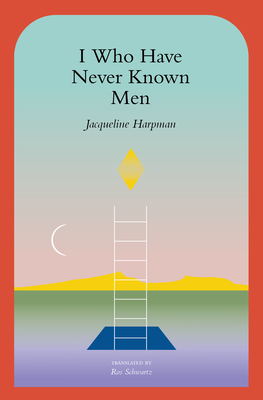 I Who Have Never Known Men will stick with me for a long time. Though the premise of the novel is disturbing, I found that the narrator’s stoic demeanor made the most unnerving moments more clear and profound. As Sophie Mackintosh says in the afterword, this book's refusal to give its secrets up to the reader is unwavering and impenetrable, and this is part of what makes the writing so fascinating. One of the most exciting works of speculative fiction I've read, especially impressive given that it was originally published 27 years ago.

Ursula K. LeGuin meets The Road in a post-apocalyptic modern classic of female friendship and intimacy.

Deep underground, thirty-nine women live imprisoned in a cage. Watched over by guards, the women have no memory of how they got there, no notion of time, and only a vague recollection of their lives before.

As the burn of electric light merges day into night and numberless years pass, a young girl--the fortieth prisoner--sits alone and outcast in the corner. Soon she will show herself to be the key to the others' escape and survival in the strange world that awaits them above ground.

Jacqueline Harpman was born in Etterbeek, Belgium, in 1929, and fled to Casablanca with her family during WWII. Informed by her background as a psychoanalyst and her youth in exile, I Who Have Never Known Men is a haunting, heartbreaking post-apocalyptic novel of female friendship and intimacy, and the lengths people will go to maintain their humanity in the face of devastation. Back in print for the first time since 1997, Harpman's modern classic is an important addition to the growing canon of feminist speculative literature.